These sweet potato tamales are served as street food in Mexico. We enjoy wrapping them with a group of friends, but if you are short on time or don't have tamale husks you can make an easy meal by stuffing a baked sweet potato with feta, chipotle en adobo, and coridander.

We often feature tamales on our  Mexican cooking courses, so keep an eye on upcoming courses if you want to perfect your tamale technique! 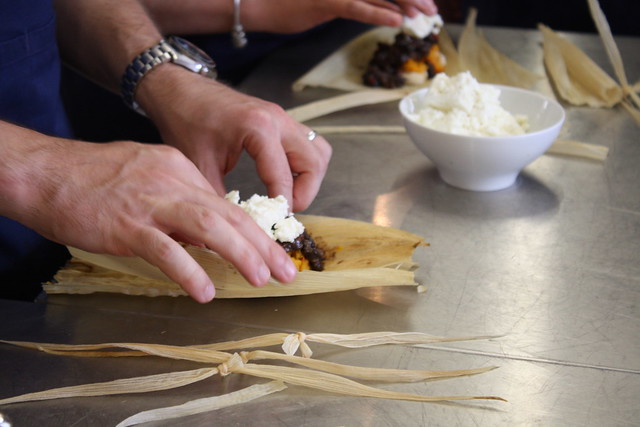 Dietary: wheat free, vegan if you omit the cheese and use dairy free alternatives in the masa dough 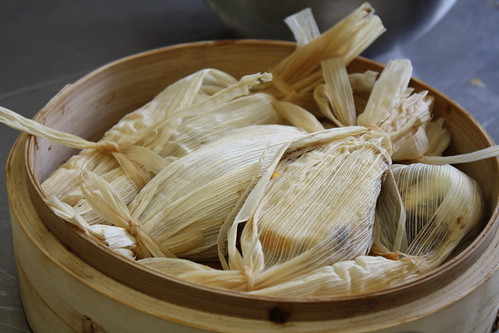 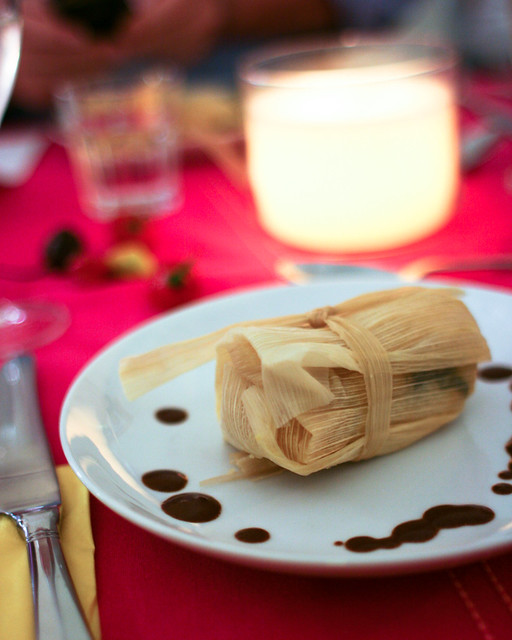