This is a lovely silky, rich chocolate mousse, a really decadent vegan dessert! 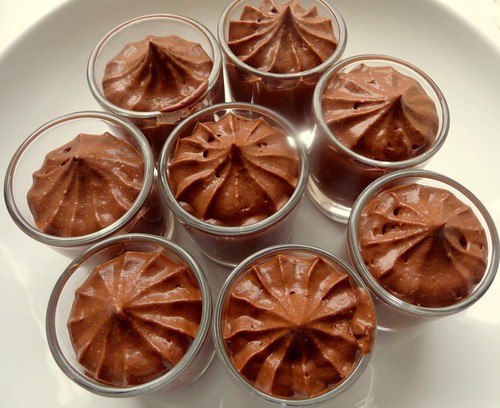